What is a Web Server and an Application Server? 7 main benefits of an app server

What is the difference between a web server and an app server? In this article we’ll discuss what web and app servers are, how they work and give practical advice on how to choose the best app server.

What is a web server? 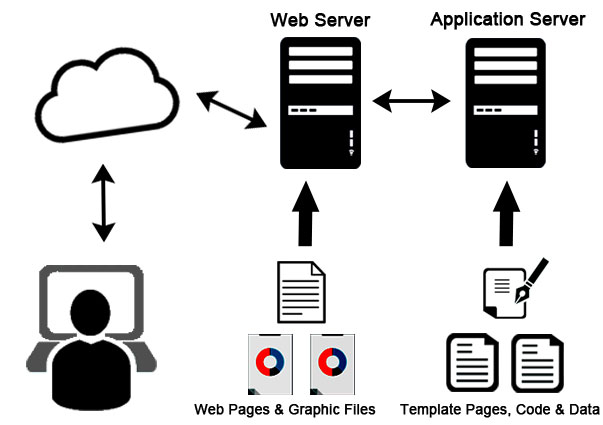 What is a web server, or web hosting server? Let's take a closer look.

Simply put, it is software that recognizes URLs and HTTP.

What is the main function of a web server? A web server accepts HTTP requests from clients (web browsers) and returns HTTP responses, usually in the form of an HTML page, image, file, media stream, or redirection to some script (for example, CGI, JSP, or ASP). The user sees this response in their web browser.

The web server usually does not handle complex tasks such as payment processing or database connection. All other features, such as load balancing and clustering, are available.

In many scenarios, however, you will find that the web server is used to create the application server interface, providing a set of web pages that allow the user to interact with business logic.

So what is a web server application? In a nutshell, it is a client server where the user interacts with the web server via a browser. The logic of the web application is distributed between the server and the client side, but the data is stored mainly on the server side.

What is an app server?

Let’s answer the first question: What is an app server?

The application server is software that processes user requests and provides responses according to software algorithms. Based on a client server model, these applications balance workload and functionality between the client and server sides. It is responsible for implementing business logic via network protocols such as HTTP, and helps to create pages with dynamic content. This kind of server is an intermediate link between the database server and the web server.

To support such a variety of complex tasks, this server needs to have redundancy, considerable processing power, and large amounts of RAM to handle all the data it retrieves in real time.

How does an app server work?

The data moving between the server and its client not only displays the markup, but also handles the interaction between them. In most cases, the app server handles this interaction via an API component such as J2EE or EJB.

Why Use an Application Server?

You've probably wondered: why should I use an application server?

The answer is easy. Application servers are best used when your app has to display dynamic content, be integrated with databases, or connect to existing web servers. In addition, application servers have the following advantages:

What is the difference between an application server and a web server?

Now let’s clear up another question: what is the difference between an application and a web server?

Also, as we said above, another difference between an app and a web server is that a web server usually does not support transactions or database interactions (although it can handle caching, clustering, and load balancing).

How to choose the best app server

There are three different types of application servers available on the market:

These are the different types of application servers available for developers, and you need to choose the right one for you. For example, many clients ask us: “What servers do I need for my mobile app?” Some need a solution that can meet demanding requirements such as extensive storage, the ability to send push notifications, collection of user information, analytics, etc. For these needs you can select different types of application servers from among cloud-based options such as AWS, Azure, or Google Cloud, or look at modern solutions like Hostman, where the deployment process is fully automated.

What are the most popular application servers?

Let’s find out what is the most popular application server for you to understand what is going on in this market and who are the main players.

In the picture below you see survey results published in the 2020 Java Technology Report made by JRebel. So you can see what real users choose. 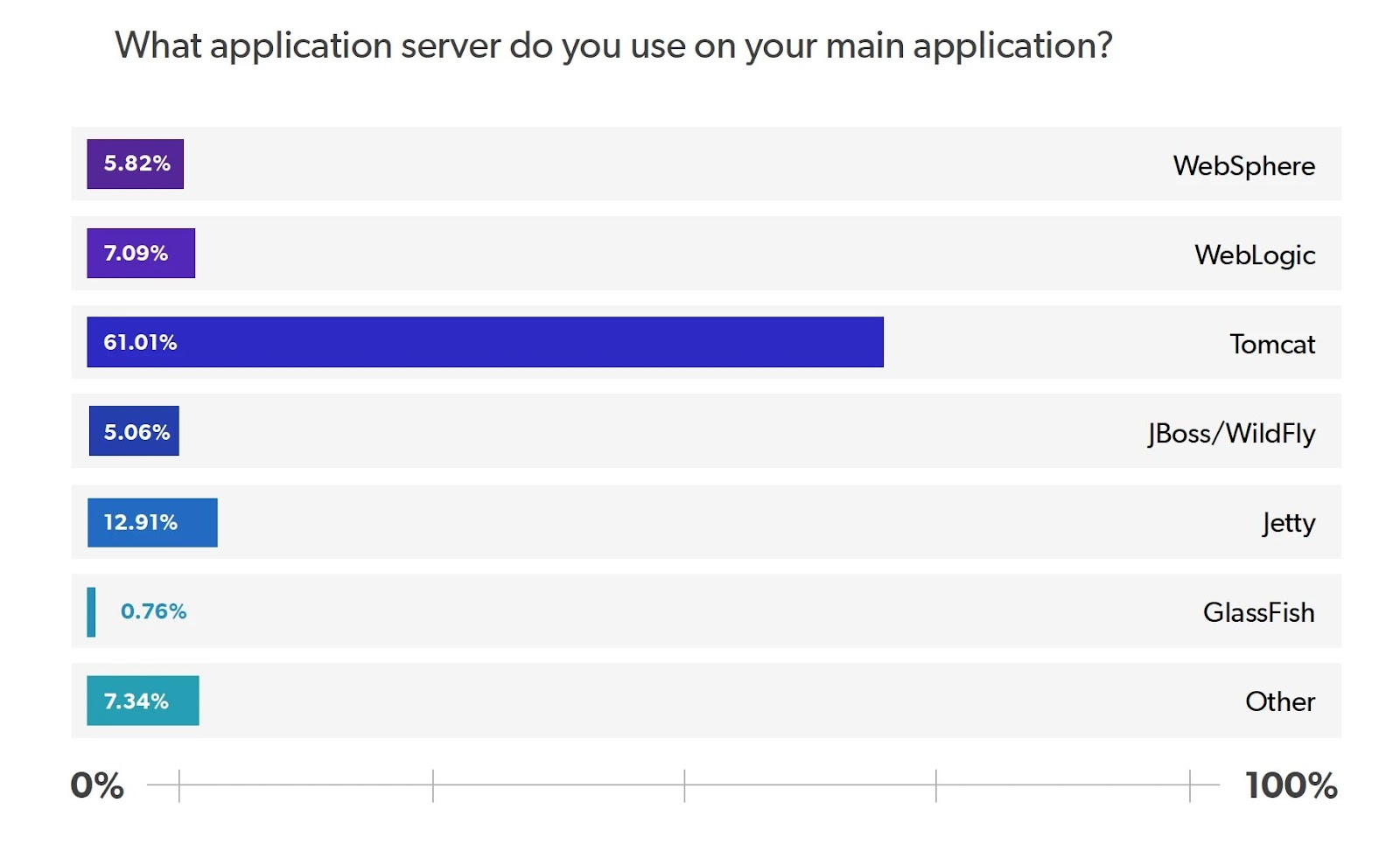 So these are the main players in the market. But if we had to answer a question: “What are the two most popular application servers?”, we would highlight Apache Geronimo (even if it is not presented in the report by JRebel) and Apache Tomcat. These two most popular application servers meet the highest requirements for security, performance, scalability, and availability. Another popular app server – Oracle OC4J – helps expand to Oracle containers for Java, which is a beneficial feature for microservices deployment.

In this article we discussed what a server is in the context of apps. We hope that now you know when and why to use an application server and how it differs from a web server. And if you don’t want to do all the hard work setting servers up, just contact us or try Hostman. We’ve automated all these processes, so you only have to make several clicks to see your app live.

Get started in seconds

Hostman reduces costs to DevOps teams, making it the ultimate product for your business