Docker Complete Guide: all you need to know about Docker and Docker containers

If you want to really understand the thought process behind Docker, there’s no better source than the person who created it - Solomon Hykes, founder and CTO of dotCloud. Although this YouTube introduction was uploaded 7+ years ago, it is still perfectly relevant.

That said, you might not have 47 minutes to spare on watching the full presentation, especially since it’s pretty technical and might require multiple viewings. That’s why we’ve created this quick guide for you.

“Docker takes away repetitive, mundane configuration tasks and is used throughout the development lifecycle for fast, easy and portable application development - desktop and cloud. Docker’s comprehensive end to end platform includes UIs, CLIs, APIs and security that are engineered to work together across the entire application delivery lifecycle.” 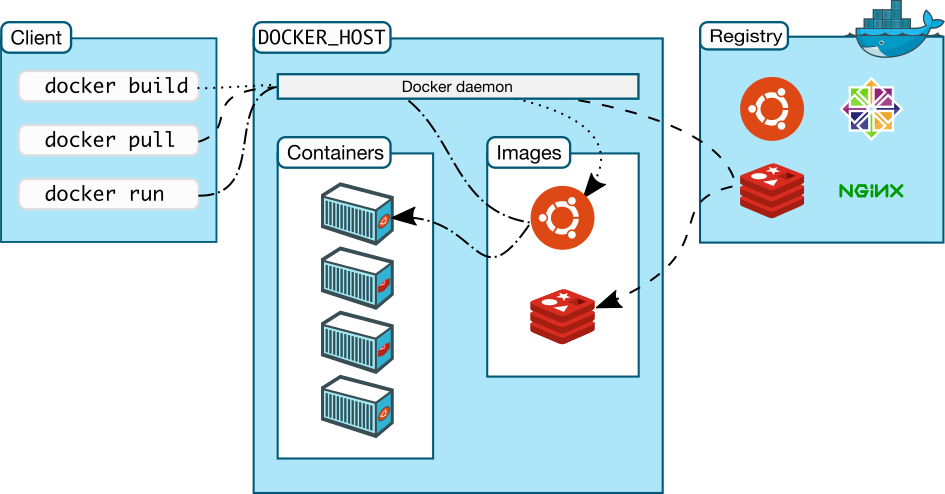 Docker runs at the operating system level. It automates the deployment of applications in Linux containers, and allows you to package an application with all the necessary dependency structures (code, runtime, libraries, environment variables, configuration files) into a container.

In his presentation, Solomon breaks down the unique proposition that distinguishes Docker from other solutions out there:

What are Docker containers and what are they used for?

A container is an isolated environment whose processes do not interfere with operations outside of it. 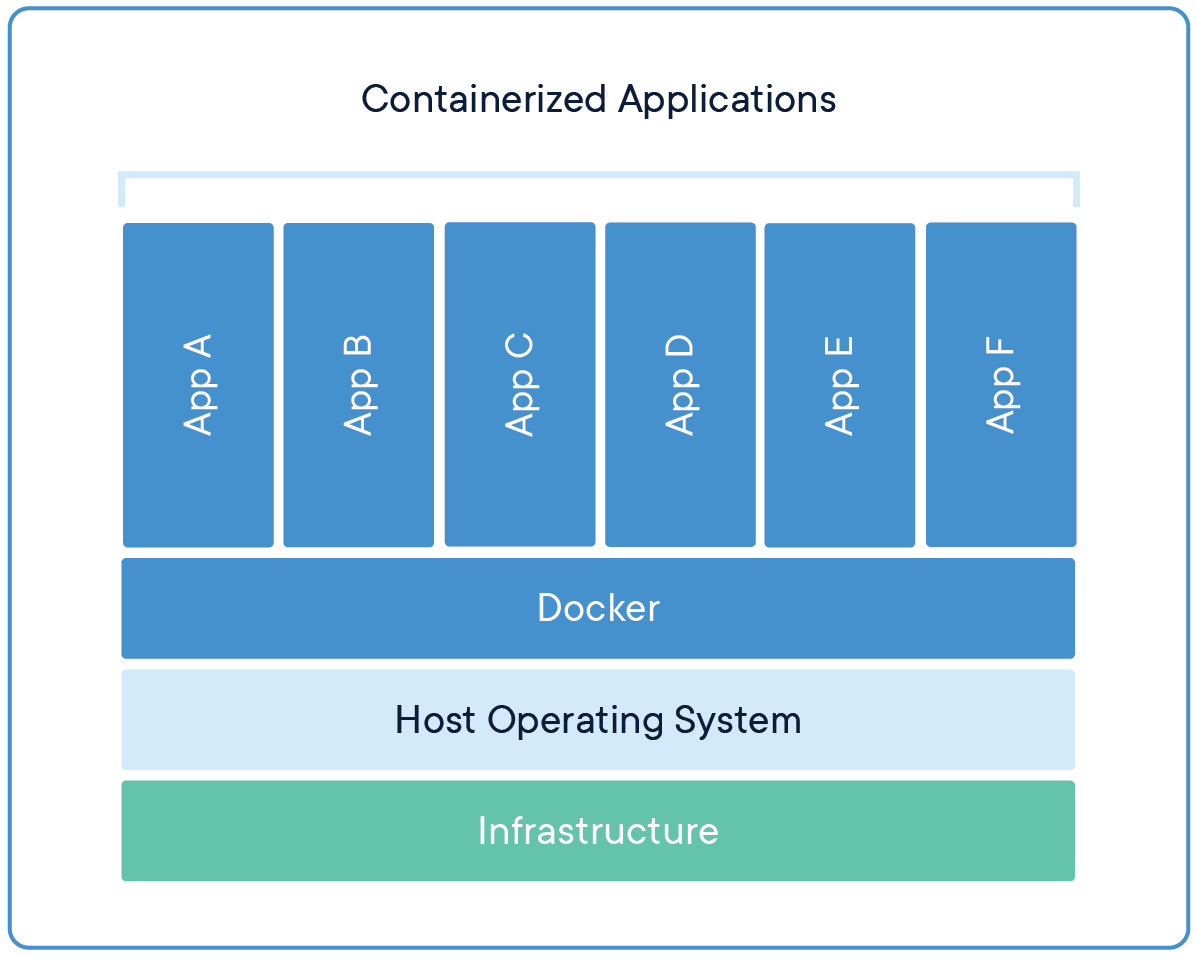 The container only uses a portion of the operating system. This allows you to significantly reduce the consumption of system resources by allocating the application and its data exclusively to the container, rather than to the entire operating system as in the case of a virtual machine.

One of the practical benefits of Docker containers is simplifying big development team work. Tasks can be easily split up and implemented in different programming languages.

Common use cases for Docker include:

How does a container work?

There are five basic tenets of Docker containers:

How to create a Docker container

In this guide, we’ll be showing you how to install Docker on Ubuntu 20.04 - the most popular repository.

We recommend you to use official Docker files for installation, you can find all the needed info here. No complicated configuration is required at this stage. Once it’s finished installing, start the service, check its status and set it to start at boot:

Next, run a test image to check that Docker is working correctly:

You should see the following message:

“Hello from Docker. This message shows that your installation appears to be working correctly."

To avoid having to recognize and remember the container ID, you can assign a unique name to each container by using the -name command line option when creating it. See the example below:

Once you’ve done this, you can start using the container (execute the start, stop, remove, top, stats commands) by referring to it by name, for example:

docker top myname – displays the processes running in the container

How to start and restart Docker containers?

To start the container in daemon mode, use the ‘-d’ option.

To reconnect to a running container, you need to know its ID or name. Run the Docker ps command, followed by “attach” and the container’s ID or name.

How to stop Docker container

A container is usually terminated automatically after the completion of the process. However, there might be instances where you want to terminate the container yourself. The stop command performs a "soft" shutdown of the container, by default allowing 10 seconds for all processes to terminate:

If you want immediate termination, you can execute the kill command. However, in most situations, using stop is preferable.

Here’s the command for immediate termination of all running containers:

How to delete a container

To delete a Docker container, use the following command:

Here’s how to remove all Docker containers that are not running:

How to run Docker containers

To interactively connect to the shell of the container and run commands, as in a regular Linux system, you need to create a container with the following settings:

The structure of this command is as follows:

After starting the container with the above settings, we sort of fall into the container. Use the “exit” command to exit a running session and return to your node's terminal. This interrupts all container processes and stops the container:

If you are interactively connected to a container and need to log out without interrupting the session, you can exit the console and return to your host's terminal by pressing Ctrl + P and then Ctrl + Q.

There are several services that help users to easily deploy Docker containers with just a few clicks. Hostman has swiftly earned a reputation for being the go-option when it comes to GitHub, Bitbucket, or GitLab repositories.

How to SSH into a Docker container?

For SSH-authentication, or when connecting remotely (for example, rsync), the main methods are a login-password pair (the password is entered from the keyboard in the console) and key authorization (a private-public key pair is created on the server and the public key is transmitted to the remote server). The first method cannot be used in any way in scripts executed on the crown, and it is necessary to configure a transparent input.

Generating keys for the current user:

After entering this command you’ll be asked some questions. You can just agree with all the default options.

How to connect to a running container?

If you have multiple Docker containers running and want to choose which one to work with, you will need to list them by using the ls command. In addition to displaying a list of containers, this command also displays useful information about them. The command without any settings displays a list of running containers:

The '-a' setting tells the command to list all containers, not just running ones, while the -s option displays the size of each container:

The inspect setting displays a lot of useful information about the container:

What is the difference between a Docker container and a Docker image?

Why are Docker images so valuable?

Docker images are valuable because they are used to create and conduct the environment to get started with Docker. First, you will need to download an image from the Docker Hub to your machine.

What benefits do containers offer?

When working with application containerization in Big Data, the following advantages of this technology are most significant:

Supporting Big Data applications (yours or others’) that no longer fit in your head, doesn’t have to be a nightmare anymore.

With this handy guide to Docker, you’ll be able to cold-start an application on a new machine, with just a few clicks, in under a minute.

More importantly, with the reassurance that all of your data is safe, you’ll finally be able to focus exclusively on writing useful code instead of wasting time and energy on server-related troubleshooting.